We are collecting worn, tattered or torn American flags and will use our facilities to provide a respectful retirement.  Our  “Flag Retirement Program” is another way we support our community by helping families whose loved ones have served our country.

Most people are not sure of what to do with a flag that has seen better days. Some continue to fly their aged flag or have purchased a new flag while holding onto their old one.  We are collecting those worn, tattered or torn American flags that are no longer suitable for display and are no longer fit to serve the nation.

At the time of a veteran’s death whose family has chosen cremation, permission will be sought to drape that veteran with an unusable flag. This allows for the retirement of a flag in a most dignified manner and honors both the veteran’s service to their country and the American Flag. Upon receipt of the cremated remains of their veteran, acknowledgement shall be expressed stating the last deed of service for that flag, which was to drape their veteran in the cremation process.

This commemorative measure honors those Americans who have served to promote peace for fellow countrymen living under the high flying flag… in the land they love… the home of the free and the brave.

Sullivan Funeral Care & Crematory is proud to the first in the area to offer such a dignified tribute to both the flag and a deserving veteran. 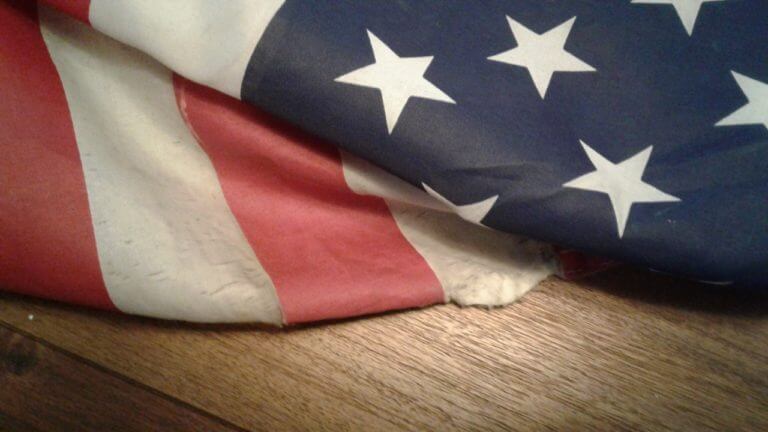 “The flag, when it is in such condition that it is no longer a fitting emblem of display, should be destroyed in a dignified way, preferably by burning.” 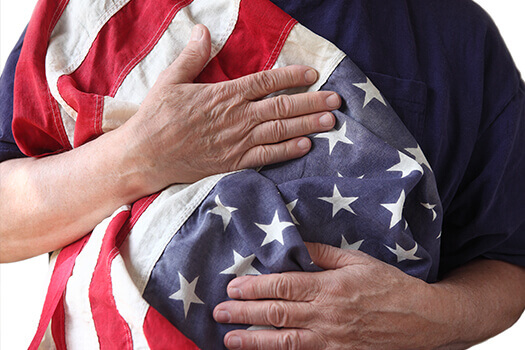 The land was ours before we were the land’s She was our land more than a hundred years Before we were her people. She was ours, in Massachusetts, in Virginia. But we were England’s, still colonials, Possessing what we still were unpossessed by, Possessed by what we now no more possessed. Something we were withholding made us weak. Until we found that it was ourselves We were withholding from our land of living, And forthwith found salvation in surrender. Such as we were we gave ourselves outright (The deed of gift was many deeds of war) To the land vaguely realizing westward, But still unstoried, artless, unenhanced, Such as she was, such as she would become.